Why does not the DVR: basic reasons and remedies

In fact, the causes of damage to the car DVR, a little. Most often due to a faulty device simply does not turn, may make squeaking noises ceases to record videos or strongly heated. Let's look at the main reasons why DVRs are broken and how to deal with this. 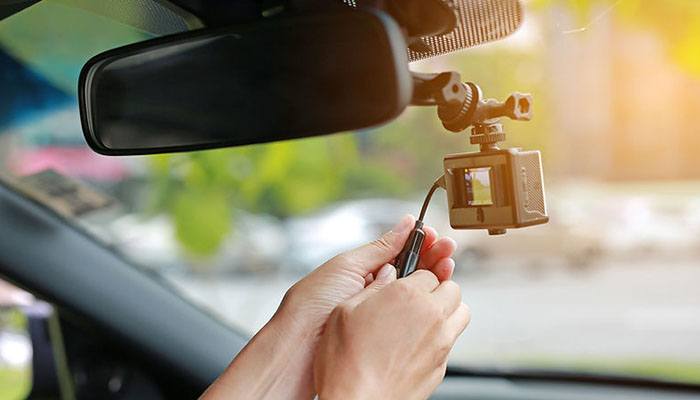 The device does not turn itself off or permanently

If the DVR in your car no longer be switched on or immediately after the shut down has started, it may be caused by such factors:

To solve the first three problems can be quite easily-it is necessary to carefully check the serviceability of all the cables and connectors. Once the problem is found, replace the item. If the connectors and cables are OK and you're all checked out, but the registrar refuses to work, most likely, the battery is out of order. It will have to be replaced.

Also, when you upgrade do not forget to remove the firmware file from the USB device. If the card have previously installed firmware version, then at the moment when the device will constantly try to install it again. This leads to failure of the settings and turn off.

Another possible reason for the disconnection of the car recorder derivative is the presence of viruses that can be downloaded with the new firmware. In this case, it is recommended to try to reset to factory settings. On the case of most modern devices have a reset button Reset. Sometimes it may be necessary to press a thin needle.

If, after the problem was not resolved actions, check which class has the card being used. It should be high, that is, the card must have a high writing speed, otherwise it simply will not have time to save videos in high definition. Equally important is the type of the file system, for example, FAT, and not FAT32, because often new devices simply do not support. You can not save when buying a memory card, because even such a seemingly small change may be a factor because of which car recorder permanently disabled and will not function properly. 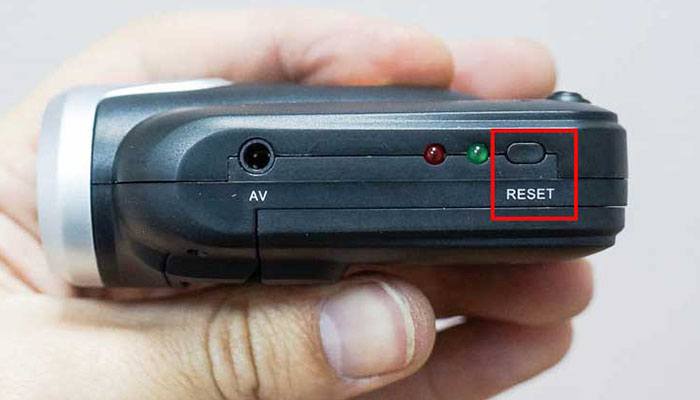 Record constantly interrupted and the device removes the jerky

It is also worth noting how the possible reasons:

Set of cheap low-quality cards is perhaps the most common cause of video recording and braking problems. As we have said it is recommended to use a card class 10 and above for modern recorders. If you put a lower class, the video will be produced fragmentary, as the card will not have time to write to the desired speed.

If rickety wire, while driving, he can be constantly switched off and the recording will be interrupted, so the nest should be checked thoroughly and fix if it is very much shaken, it is best to take the unit to repair and change the slot.

Also, do not leave the wire with the power in the recorder. First, it can work well, and then lead to the suspension, which also negatively affects the quality of the recording.

Most modern models of video fixation devices have a function when a new video is recorded in place of the old movies. But sometimes it does not work, and when the place comes to an end, new files are simply not recorded. There may be several reasons:

Not enough space on the flash drive. It is not necessary in order to save recorder installed in the old card from your phone or camera. For road recorder is recommended to buy a USB flash drive capacity of 8 GB, but it is better to 32. To help you navigate, give details on how much time the video can be recorded on different amount of cards.

Change the place of the memory card from one device to another. Here, too, problems often arise, for example, you moved the card from the DVR to automatically create a folder, called the DCIM, where and recorded all the files in the second which creates a folder with a completely different name-MEDIA. This may cause that a cyclic shooting will stop working. The second device will not be able to gain access to the DCIM folder to erase it and record a new video, and in the MEDIA folder may not be enough memory. Therefore, it is recommended before reinstalling always format the USB flash drive.

The card has the wrong file system. Then the decision is also formatted the memory card, then the device will automatically install it needs for the file system. 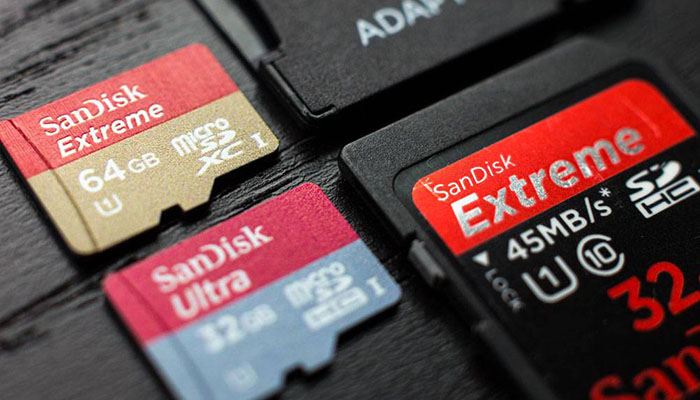 During operation, the DVR starts to squeak

The fault of a design component or software failure-the failure can lead to the fact that the DVR starts beeping. Thus, the device informs the driver about the problem and the need to address it. In addition, together with the sound most often appears on the screen text message service. Let's look at some of them.

Message on the screen

The overwrite disabled because the memory is overloaded

No signal from the video camera

The most effective way to get rid of the squeak-is to solve the problem, which led to his appearance began. If you are sure that the problem has been solved and the unit continues to beep annoyingly, you can change the settings and turn off the notification sound. However, it can be dangerous, as when a real problem it will be possible to miss and miss. 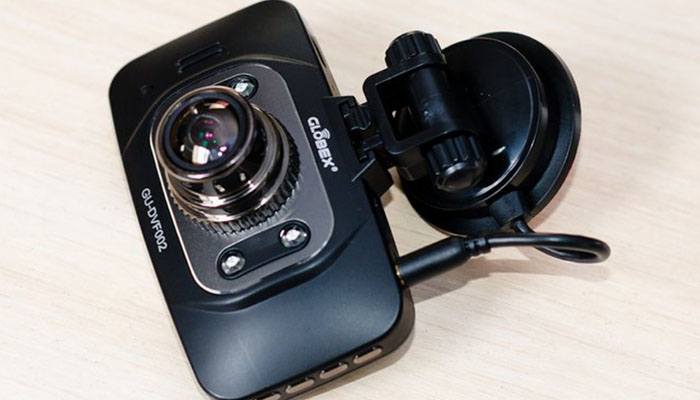 This can be observed in the case of a serious malfunction of any element of the design registrar or workmanship. Can be heated elements such as:

If the source of the problem-namely the processor, it may be several solutions to the problem: Try to change the thermal paste that connects the processor to the cooler, or replace the cooling system on the model more powerful. If all else fails, it may well be that the processor has a factory marriage, then you should contact the service center and repaired or replaced under warranty receptionist.

Swollen battery-annoying problem, but solve it quickly-replacement of the power supply. All the same, this battery will last a long time and the rest of the components inside can hurt, it is better to immediately replace with new.

If the casing is just warm in the sun, you can try to cover it, so that the rays do not fall directly on the device.

Most drivers faced with the fact that the device does not see the card or writes that there is no place, and the memory is full. This can happen for several reasons: 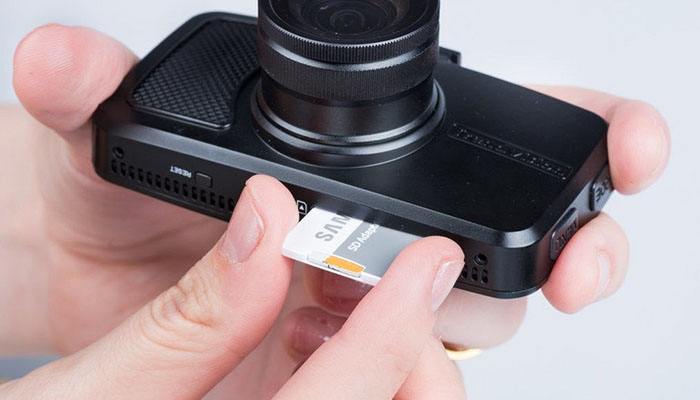 The problems with the installation of a low-end card and improper use of the file system we have said previously. You may also experience a poor quality or defective memory stick, then you have to buy a new one or try marriage back to the store or exchange. This just will not work. Sometimes it helps to update the firmware to the latest version to date.

How to use the car recorder

As you can see, the fault is usually not critical and can be easily removed. Therefore, in order to avoid them and extend the life of the device experts recommend following a few important rules:

Nothing complicated here is not, but you will be able to provide DVR optimum working conditions, and it will record video without failures and problems.

Of course, to the selection of the registrar should always be approached very responsibly, but also in the operation should comply with certain rules, then the device will last long. In our online store you can always 130.com.ua buy DVR in Kiev, Odessa and Kharkov with delivery across Ukraine. We have a very large variety of devices. 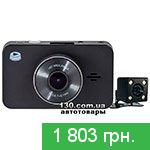 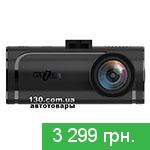 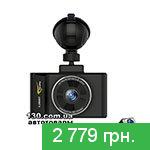 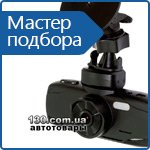 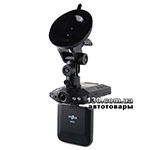 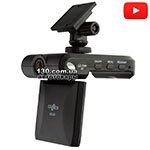 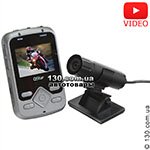