What is a jump starters and features of their use

No matter how experienced the driver may be, but no one is insured from the situation when the car battery is suddenly discharged. In fact, there can be a lot of reasons for such troubles and to predict in advance when it will be difficult to recharge. It was for such emergency situations that special gadgets were developed-jump starters. This is a compact and very useful device that has been increasingly used by motorists recently. So what is it, what is this small device used for and how does it work? Let's talk about everything in order. 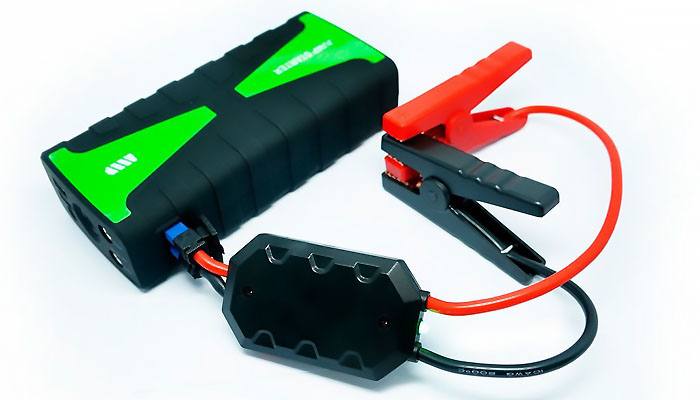 What is a jump starter?

Jump Starter (Jump Starter) is a portable, self-contained starting-charging device (ROM), which has small dimensions, they are also called boosters. The purpose of a jump starter is to start a car engine in emergency conditions, if suddenly the battery stops performing its functions due to its discharge. They do not require an electrical connection and help start the car without charging the starter battery. Their main feature is that they are equipped with their own built-in rechargeable batteries.

The main source of energy in such devices are lithium-polymer (Li-Pol) batteries, which are more productive when compared with lithium-ion (Li-Ion). This allows you to achieve high rates of starting currents, sufficient for starting the engine, with small dimensions of the device itself. The models offered by manufacturers are capable of producing currents ranging from 200 to 600 A, which is quite a significant indicator. Such a device can easily cope with the launch of any motor.

To connect to a car battery, each booster has a set of special wires with crocodile contacts. However, when using these devices, it is important to follow the same rules and safety precautions as when working with classic charging and starting-charging devices. 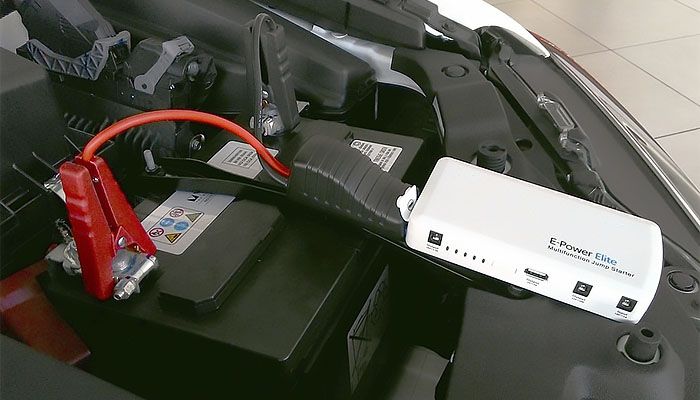 The procedure for starting the motor is as follows:

When using this type of ROM, you must be careful, as you have to deal with currents of great power. For example, when starting a very frozen engine, or when trying to start a powerful engine that the device is not designed for, the Jump Starter may catch fire, melt down, or even explode. Therefore, always read the instructions and follow the standards set by the manufacturer.

Ability to charge other devices

A special feature of jump starters is that, in addition to working with car batteries and starting a motor, they can also be used to power many other electronic devices. Such multifunctionality determines the demand for this type of devices on the market. 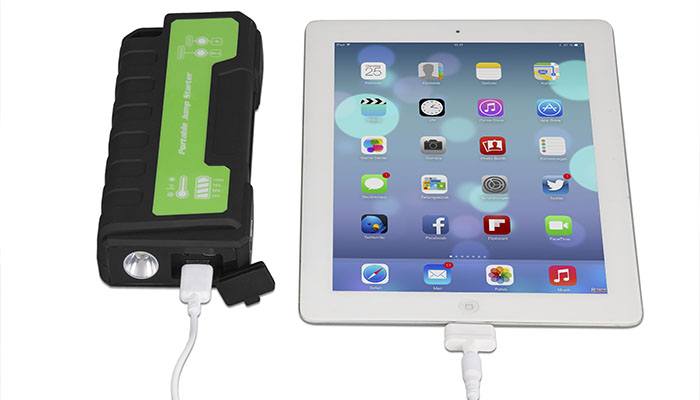 Virtually every booster comes with extra wires and special adapters that allow you to ensure uninterrupted operation at any time and restore the battery capacity of almost any modern gadget and various tools. In particular, they can be used to charge tablets, mobile phones, laptops, navigators, video recorders, power tools: drills, wrenches, pumps, etc.

What is the difference between a booster from PowerBank?

Many note the fact that, externally and in a number of technical parameters, jump starters are similar to PowerBank. However, with such similarities, with a deeper examination, a number of differences can be found.

The most important difference is the type of power source. Inside the bank, as a rule, is a regular lithium-ion battery, as in most modern gadgets. While in the jump stater-more advanced lithium-polymer energy sources.

The second important difference is that PowerBank cannot be used to start the car engine. This is due to the fact that they have a low peak current output. Most models can not reproduce a current of more than 200 A. It is extremely small for a successful launch. But a jump starter can very successfully replace PowerBank, because this device usually has step-down and step-down voltage converters in its design. This allows the device to work with a voltage of 5 V-optimal for charging most tablets and smartphones from USB, and with a voltage of 19 V, which is usually used when charging laptops. 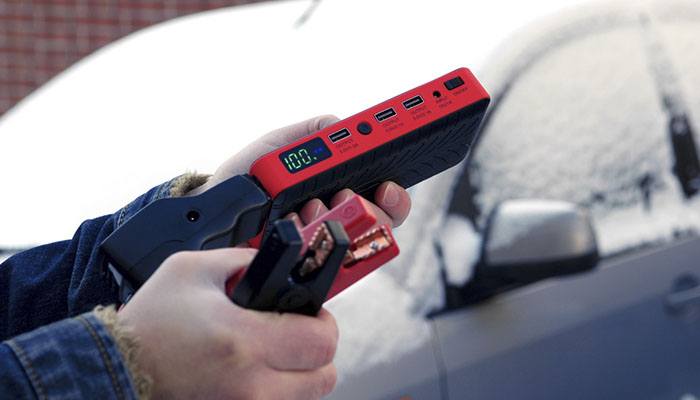 In what situations will the car booster help out?

There are a lot of reasons why a car battery can fail. But if the driver with him has a portable stand-alone charger, then any problems can be quickly solved. For example, a jump starter is useful in the following situations:

And this is not the whole list of possible situations in which a jump starter can be used successfully. Therefore, to always be ready for the unexpected, you should buy a pre-charger in Kiev, Kharkov and Odessa in advance. Order your favorite model in the online store 130.com.ua. 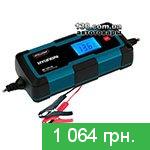 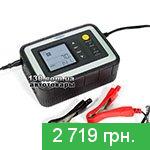 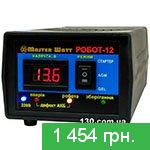 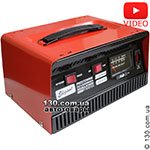 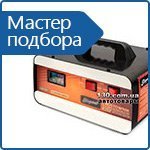 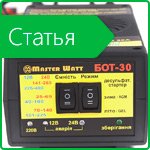 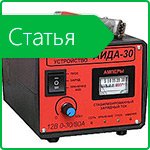 How to choose the right car charger?

Often there is a situation when the car sits battery. It can be not only in the cold, but also because of the lights, the radio and much more. In such a situation, a start-up charger for a car battery will perfectly help. 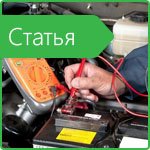 How to restore a discharged battery? Desulphation of battery

What to do with a dead battery? Is it possible to restore a fully discharged car battery? How to deal with sulphation of batteries? Answers in the article 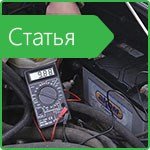 Differences between starting and starting-charging devices

The analysis of the main differences between starting and starting-charging devices. Why do we need car launchers?