Dialog or dynamic coding in car alarms, what to choose?

The method of encoding a radio signal is one of the main parameters of any car alarm. In total, two-way signaling uses two options for signal protection: dynamic and interactive coding. What encoding method is better, what features they have, the pros and cons, we will consider in this article.

The struggle between manufacturers of security systems and car thieves began when the first car alarms appeared. With the advent of the latest, more advanced security devices, hacking methods and tools have also been constantly improved. The first alarms transmitted a simple static code that could be easily cracked by selection. To minimize risks and provide a higher level of protection, developers have blocked the ability to code collection. To do this, crackers created special code grabber devices that could scan the signal coming from the key fob, and then reproduced it, which gave them access to the car’s interior.

It was to protect against grabbers that the original dynamic method of signal coding was developed. Now it is very actively used in a variety of models of automotive security systems.

The essence of dynamic coding is that the data that comes from the driver's key fob to the signaling main control unit (BU) over the air is constantly changing. Each subsequent command is a new unique code that the system has never used before. Directly, the code is calculated on the basis of a special algorithm laid down in the system by the manufacturer when creating the device. One of the most reliable dynamic coding options is the Keelog algorithm. Some manufacturers use their original algorithms.

The principle of operation of this type of alarm is quite simple. The car owner presses the key fob button, at this moment an encrypted signal is generated, which carries data on the number of clicks, the serial number, as well as the device’s unique secret code. Naturally, all information is transmitted in encoded form. It is worth paying attention to the fact that the encryption algorithm is not a secret, it can be easily found in the public domain, but this will not help to crack the system. The fact is that for decryption you need a secret code that is put into the system immediately at the factory.

This encoding method practically eliminates the possibility of selecting a code command, but the criminals managed to find a solution and circumvent even such protection.

For hacking such systems, a dynamic grabber was created that interfered and intercepted the signal. When the driver leaves the passenger compartment and turns on the alarm, the grabber creates radio interference when transmitting a signal from the key fob. As a result, the signal with the code to the security system control unit simply does not reach-it remains with the criminal who intercepted and saved it. Naturally, the car owner will press the button again to turn on the alarm. But this signal will also be intercepted by a grabber. However, the driver will receive a response that the alarms are activated, but this answer will come not from the control unit, but from the grabber in the hands of the offender. As soon as the car owner leaves, the hijacker simply sends the previously intercepted code and the control unit deactivates the protection.

Car alarm manufacturers managed to solve this problem by equipping their key fobs with two separate buttons: one puts the car under protection, and the second turns off the alarm. In this case, different codes are used to activate and deactivate the alarm. Thanks to this, no matter what kind of interference the thief creates and intercepts codes, he will never be able to get the code that is necessary to deactivate the security function.

But in any case, be extremely careful! If you press the button to turn on the alarm, but the car didn’t react in any way, you may have come into the view of the hijackers. In such a situation, you don’t have to rush right away and press buttons in a row. It is enough just to press the button to activate the protection mode again. If you click on the system deactivation button, the thief will be able to get a code for hacking.

With the advent of dynamic readers, car alarms operating on dynamic code have become quite vulnerable. Naturally, manufacturers began to look for a new solution to this problem. As a result, devices with a dynamic code were replaced by devices based on a more modern dialog code.

In this case, the cipher is transmitted in a special mode, which can be compared with the dialogue that is conducted between the control unit installed in the machine and the control key fob. That is why this method got its name. Its essence is that by clicking on the key fob button, the driver sends the control unit a request to execute a specific command. In fact, he literally asks a question to his interlocutor. To identify and confirm that the message came precisely from the key fob of the machine host, the control unit sends a signal containing a certain random number to the key fob. Using a special algorithm, this number is processed and a response is sent to the control unit. There is a kind of question/answer dialogue. At the same time, the control unit itself processes the same number and then compares the two responses. If they match, then the command is executed.

The algorithm that is used to perform the calculations is unique and is individual for each alarm. As a result, it is almost impossible to intercept and decrypt such a signal. In addition, the hash functions used for encoding are capable of converting strings of any arbitrary length, which further complicates the decryption process. As a result, after conversion, the encrypted response can contain up to 32 characters (letters and numbers). According to experts, the reverse decoding of the algorithm even with the help of modern computers can require a lot of time-more than a century. Therefore, even in the near future, most likely, devices that are able to crack the dialog code are unlikely to appear.

Obviously, dialogue coding technology is more modern and reliable. They cannot be hacked, therefore such systems have a higher level of protection. However, this does not guarantee 100% protection. The driver may accidentally lose the keychain, or it will be stolen from him. In addition, these systems are quite expensive, the poem dynamic code is also quite popular among drivers. Especially relevant is their use in middle-class cars, the risk of which is not so great.

In addition, you can always increase the level of protection of the vehicle. To do this, it is recommended to use additional mechanisms and devices such as hood blockers, GPS trackers, immobilizers, etc.

You can always buy a car alarm for your car in Kiev, Kharkov or Odessa by placing an order in the 130.com.ua online store. We have a large selection of security systems models in a wide price range with both dynamic and interactive coding principle. 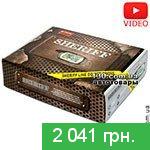 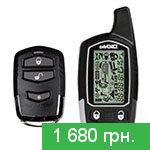 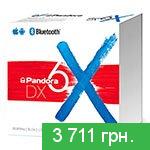 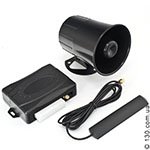 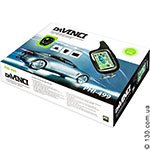 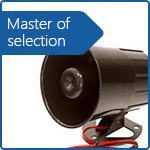 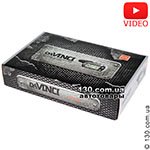