What the driver when the engine suddenly began to boil?

Standing on a road car with an open hood and clouds of steam from under him. Summer motorists a picture quite often. What to do in such a situation? In this article, we'll explain why the engine boils, how to avoid and what to do if it is still too hot. 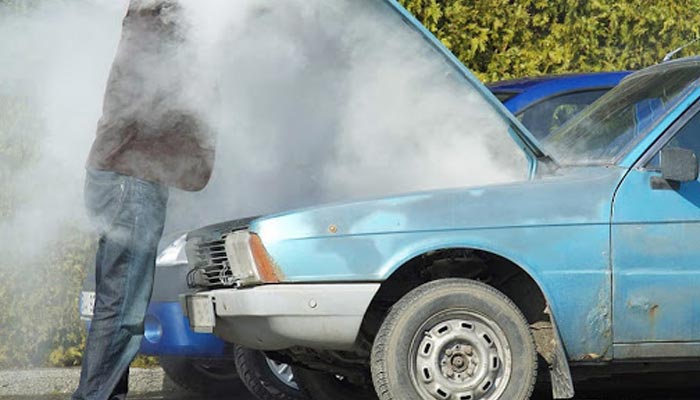 You've got to understand that the boiling is not the engine, and antifreeze - coolant used in it. A motor may overheat only. Of course, bring to the boil antifreeze is difficult - the temperature should rise above 130 & deg; C, that the high pressure inside is very difficult to achieve. The optimal temperature for the engine operating mode is 80 & ndash; 90 & deg; C. That is, if it warms up to 20 & ndash; 30 & deg; C, this will not be enough to boil antifreeze

So what, then, can cause the formation of a pair of clubs, escaping from under the hood? Explanation is quite simple: the antifreeze as a result of temperature increase greatly expands the radiator tank becomes full, some of the liquid spills out, falling directly on incandescent engine and other elements. This also leads to a sharp drop in pressure, the cooling system is protected from potential boiling. And if it enters the engine compartment, antifreeze boils at a temperature of about 100 & deg; C, almost like water. Naturally he starts actively evaporate - hence the pairs

What can cause the engine to overheat?

Among the main causes of car engine overheating are the following: 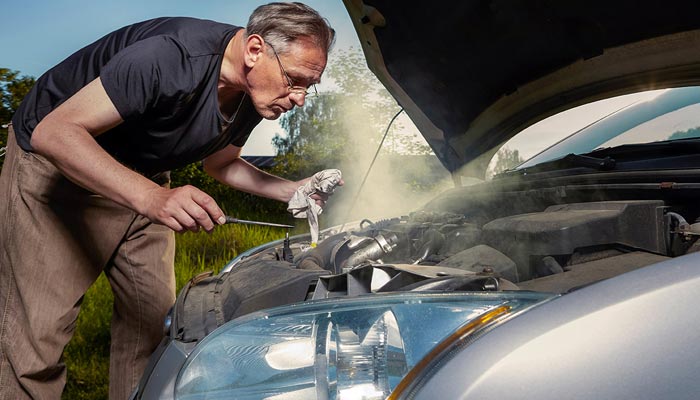 What do I do if the engine is overheating?

You've got to consider that course of action will depend on the cause of overheating. Of course, the problem often occurs suddenly and the driver at this point would not be to the comprehensive diagnosis, since the decision must be taken very quickly. The oven can be used and its performance as a universal indicator.

If the arrow on the dashboard showing the temperature of the engine, climbed sharply up, then follow the simple guidelines.

First of all, turn the stove so that it warmed the most. Of course, in the summer heat include heater unpleasant, but it is a very effective method for the rapid and safe engine cooling. The thing is that the stove - it's part of the automotive cooling system and when the heat takes over. That is what is required in case of overheating of the power plant.

And then maybe two versions of events:

If after the heating of the passenger compartment air ducts went hot air, then this indicates that the system contains antifreeze, and excess heat start successfully discharged. Note that in this situation do not have to turn off the engine: while it will continue to operate, the pump will also function, circulating antifreeze and let slowly, but the engine cooling 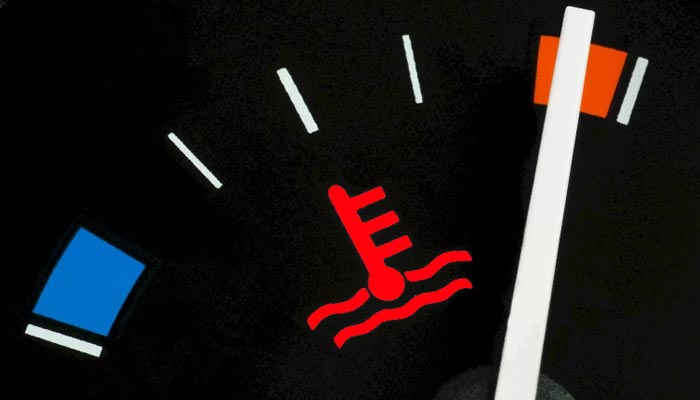 Dwell is not recommended, because the air flow will also facilitate cooling of coolant in the radiator and reduce the engine temperature. The best option - to continue the movement, slightly reducing the speed to minimize the load on the engine. Best of all, if you have to descend from the mountains, then you can simply roll coasting. If the front of the protracted rise, it is not necessary to force, then it is recommended to stop. Put the car on the side of the road, but do not shut off the engine, carefully open hood, oven, leave enabled at the maximum level. Themselves best exit area and wait until the engine temperature does not return to the normal range.

If after turning from the stove blew cold air - this is a very bad sign. Most likely, the system has no antifreeze or fluid level is extremely low. Only in this case you must immediately stop the car and turn off the engine. And then wait for it to cool down. It may take quite some time. Only after the cooling in the system can be topped up with anti-freeze. It is also recommended to show the car at the station masters, since such an adventure for the engine will hardly pass unnoticed.

This should never be done in case of overheating!

Many of the drivers in an emergency situation, and such also is the sudden boiling of the engine, make a lot of mistakes. So pay attention to the list of actions that can not be completed in the face of overheating of the motor, as they can seriously aggravate the situation and lead to negative consequences: 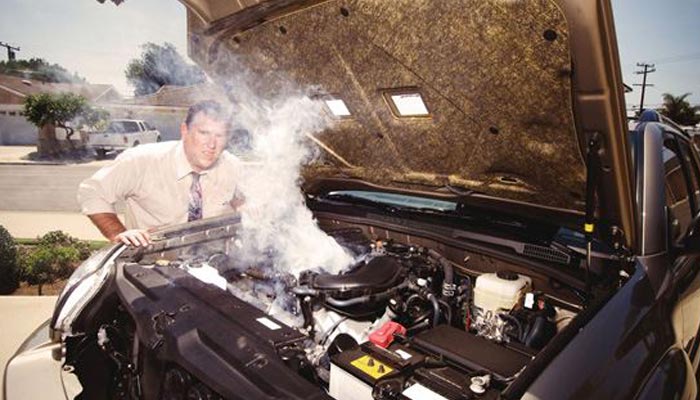 As a general rule, for no reason the engine never overheats. Before you hit the road, check the machine: 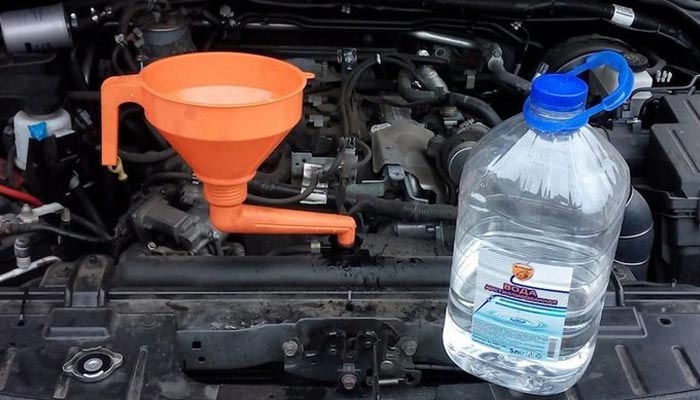 Remember, if you care about your car, the online store 130.com.ua you can always order online in Kiev, Odessa and Kharkiv variety of necessary tools and accessories at very competitive price with delivery.

Autostart of the engine is one of the most useful functions that some car alarms have. Popular myths about autorun 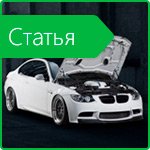 Why does the car engine stall?

It often happens that car owners are faced with a problem when the engine stalls. The reason can be very different. We will understand each of them ... 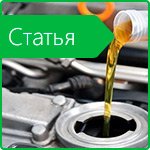 Causes of a large oil consumption in the engine

The older the car, the more money it takes to buy special fluids. Often this contributes to a large oil consumption. The reasons for the consumption of oil can be found in this article. 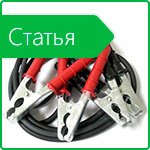 How correctly to light a car?

When the battery has sat down during a trip - this is a very unpleasant situation, especially if there is no charger with you. The main way to solve such a problem is to light a car from another car ...